Do you want to work with us? 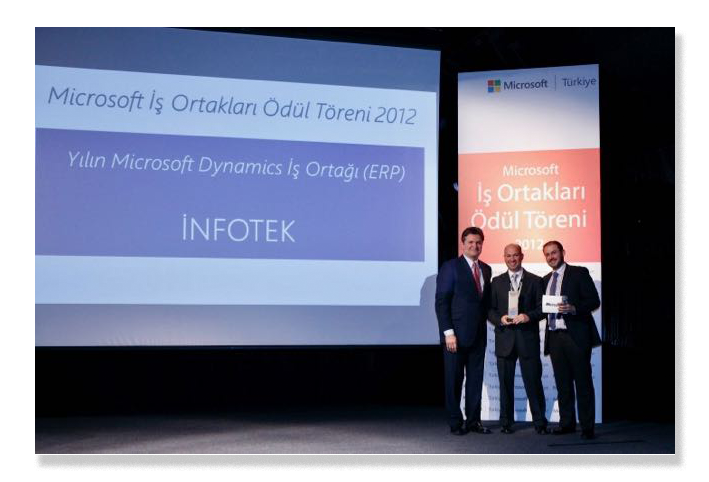 We have been chosen Partner of the Year in ERP Category for the award ceremony organized by Microsoft Turkey in Istanbul on 20th of December, 2012.
Infotek General Manager Aykut Adal received the award from Microsoft Turkey General Manager Tamer Ozmen on behalf of Infotek and stated that this award came in virtue of the reflection of knowledge and experience of Infotek ERP consultants on Microsoft Business Solution technologies on which Infotek has been investing strongly. Adal said that Microsoft Dynamics 365 Business Central (NAV) platform and other Microsoft technologies which can be used in full integration with this platform close an important gap for SMBs in Turkey. He told that Infotek is proud of leading such an evolution. Infotek will continue investing in this field and reflecting the fast developments in technology to it’s clients Adal added.

How can we help you?